Fun, friendly Tang Do Soo Karate for all the family

The History of Tang Soo Do 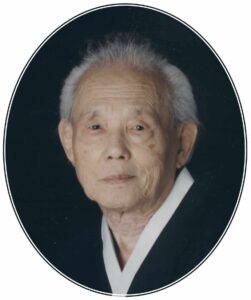 The History of Tang Soo Do

Tang Soo Do started with the early Korean fighting arts, which paintings and murals tell us were utilized during the time of the three kingdoms in Korea. Eventually, these kingdoms were united under the Silla Dynasty, where evidence of the fighting arts in Korea became even greater. From the evidence, it appears that the arts continued to progress and be practised, usually taught within families or passed down from one individual to another until the Japanese took control of Korea between 1909 to 1945. Looking to quell any opposition to their occupation before it started, the Japanese forbade Koreans from practising martial arts. Some history was lost as a result.

That said, the arts were still practised secretly, and were influenced by the rare Japanese karate practitioner willing to share his knowledge during the period. Eventually, when the Japanese domination was lifted, martial arts schools began to pop up across Korea, the first of which was the Chung Do Kwan, whose founder was Won Kuk Lee. Lee is regarded to be the first to use the term Tang Soo Do to describe what had become the Korean fighting art that had been influenced by so many other styles. The term "Tang Soo Do/ Dang Soo Do" was initially a Korean pronunciation of "The Way of the Chinese Hand." These days most Americans translate it as, "The Way of the Open Hand."

Beyond Won Kuk Lee, several other practitioners formed kwans in the area, to the point that by the 1960s there were nine major kwans based from an original five, called the Moo Duk Kwan (leader: Hwang Kee), Yeon Moo Kwan (Lee, Nam Suk), YMCA Kwon Bup Bu (Lee, Nam Suk), Chung Do Kwan (Shon, Duk Song), and Song Moo Kwan (No, Byong Jik). It is at this time that the country attempted to unify all of its arts under one name: Tae Kwon Do. All but one of these schools incorporated in theory—even if they continued to teach their separate curriculums without much change—and that school was the Moo Duk Kwan. Founder Hwang Kee stayed the course and refused to merge despite political pressures after realizing/believing that the move was designed to overrun his style and organization. Though this decision cost him some members to the Tae Kwon Do movement, in 1965 and 1966 Kee won legal battles that allowed him to run his organization and begin to rebuild from Tae Kwon Do's power play.

Therefore, Kee and his followers continued to follow a purer form of Tang Soo Do. In the late 1950s, he changed the name of his organization to Korean Soo Bahk Do Association, Moo Duk Kwan.

Today, Tang Soo Do continues to flourish under numerous federations and organizations. There is no large umbrella organization regulating its practice.

Characteristics of Tang Soo Do

Tang Soo Do could be described as a Korean version of karate. It is a striking style of martial arts in that practitioners utilize hand strikes, kicks, and blocks to defend themselves. In addition, jiu-jitsu or aikido style wrist grabs are also practised (known as self-defence moves). Tang Soo Do is a style that emphasizes breathing in its forms and practice, no contact or light contact sparring, and the building of character within its participants. It is not enough for a Tang Soo Do practitioner to learn the various physical moves within the art. In addition, they must learn about the style's history and demonstrate respect for this and other people.

Tang Soo Do is known for its kicking artistry.

The Styles That Contributed to Tang Soo Do

Moo Duk Kwan Founder Hwang Kee is the person to whom the majority of Tang Soo Do practitioners trace their lineage to. Throughout his life, sometimes on his own due to circumstances, Kee studied Tae Kyon (indigenous and ancient Korean fighting art), Okinawan karate styles including Shotokan, and Chinese martial arts styles like tai chi and kung fu. It is from these styles that Tang Soo Do was born.

Won Kuk Lee, another talented martial artist who influenced the art, also infused a significant amount of Shotokan into his teachings.

Basic Goals of Tang Soo Do

From a physical perspective, the Tang Soo Do practitioner would seek to stop an attacker with strikes as quickly as possible to prevent harm. That said, the philosophy behind Tang Soo Do is, like many other martial arts styles, one of peaceful confidence.

Billy Blanks: Blanks is the man behind the famous Tae Bo series of videos, which are some of the most well-known cardio kickboxing products on the market. He started his martial arts training with Tang Soo Do.

Hwang Kee: Kee was the founder of the Moo Duk Kwan Soo Bahk Do (Tang Soo Do) organization. Most Tang Soo Do schools trace their lineage to him.

Chuck Norris: Norris, one of the most famous martial arts movie actors of all time, began training in Tang Soo Do after joining the Air Force as an Air Policeman in 1958. He eventually achieved black belt status in the art.